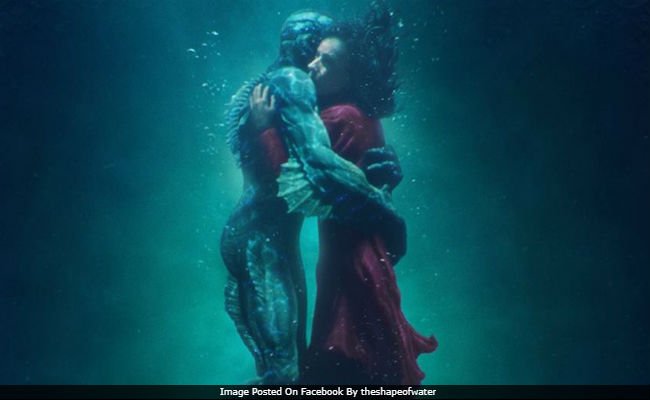 Over time the entertainment industry and its accompanying award shows seem to have grown ever more political, and the 90th Academy Awards ceremony looks as if it will prove to be consistent with the left-leaning trend.

The Oscars event is ostensibly designed to provide recognition to the highest achievement of motion picture artistry and has conventionally been viewed as the pinnacle of award shows. This year, however, Hollywood has a number of attendant things on its collective mind, including having to atone for a host of industry wide offenses.

Nominations for Best Picture are illustrative of the ideological and cultural issues that are stoking Academy voters’ choices. A few years back the industry was assailed by critics, via a social media hashtag, with an accusation that the Academy lacked diversity in its list of nominees.

This year’s awards season has been under assault by another hashtag, which includes references to the sexual impropriety scandals that have shaken the entertainment capital to its core.

Typically during the awards season, movie studios engage in the equivalent of a political campaign complete with press releases, advertising, and opposition research.

Ironically, Harvey Weinstein, the movie mogul accused of sexual misconduct by scores of women, was consistently a seminal figure of the pre-Oscar season and was frequently able to assist his companies in securing Oscar wins. In the aftermath of the serious charges, though, he was fired from the Weinstein Company, booted out of the Academy, and banished from the film business.

In the past, he was also reportedly alleged to have engaged in opposition research in order to diminish the prospects of the film “A Beautiful Mind,” which was competing at the time with the Miramax movie “In the Bedroom.” He purportedly leaked rumors to the press that central subject of the film John Nash was anti-Semitic.

Movie companies routinely use film advertisements that are tagged with the phrase “for your consideration,” seek press coverage, send voters direct mailers, set up star appearances at key industry events, hold lavish parties, and arrange screenings for voters through use of studio lot theaters, distribution of DVDs and downloads of respective films.

For months the campaigning for the 2018 Academy Awards has been in full motion, but the activity has primarily taken the form of studios and production companies touting the current political and cultural significance of their movies.

The plot centers around perceived liberal concerns embodied in the hashtag haze that hangs over Hollywood. It may be that Oscar trophies were on the minds of filmmakers who put together a story of a mother railing against a sexist, racist, and patriarchal police force.

Some critics were less than enthusiastic about the seemingly superficiality of the politically correct plotlines of the movie.

Ira Madison III of The Daily Beast characterized the movie as “tone-deaf,” “manipulative,” and “altogether offensive.”

And Wesley Morris of The New York Times referenced the “Three Billboards” filmmakers’ Oscar pandering in the following manner: “The issues of the day come and go: brutal police, sexual predators, targeted advertising. It’s like a set of postcards from a Martian lured to America by a cable news ticker and by rumors of how easily flattered and provoked we are.”

Meanwhile another Best Picture nominee, “The Shape of Water,” which could also take the award, is a highly original movie concept but its creators apparently could not avoid shoehorning into the plot societal issues that may be on the minds of many Oscar voters. It is no coincidence that the female protagonist, Best Actress nominee Sally Hawkins, who has fallen in love with an underwater being, is provided assistance with her romantic goals by an African-American co-worker and gay neighbor.

Other Best Picture nominees sport themes that seek to attract Oscar voters. “Get Out,” a horror genre film from Jordan Peele, contains subject matter that depicts racism and cultural appropriation, while Steven Spielberg’s Pentagon Papers movie, “The Post,” glorifies the press for standing up to attacks and features a noble and powerful female business head.

The fact that the substance of would-be Oscar winning films is so culturally and politically correct is an indication that the 90th Academy Awards show, which is slated for March 4, will no doubt be saturated with a kind of sermonizing that is likely to have Americans briskly switching channels.