Since 2016, a left-wing organization called “The Democratic Coalition” has been working against President Trump’s efforts to put the country back on a prosperous track.

The bitterly partisan group initially had as its primary goal, according to its website, “making sure that Donald Trump never became President.”

After the monumental failure, the group expanded its scope of attack to include “Republican elected officials and candidates who support him [Trump],” and its strategic approach to include the use of “aggressive digital and traditional advertising, grassroots action, in-depth opposition research, and a nationwide rapid-response team.”

It additionally created an app promoting boycotts along with an anti-Trump hashtag and artists’ movement.

The group recently announced the latest way in which it would try to hinder the president’s endeavors for the country.

The Democrat Coalition’s present plan relates to the so-called impeachment inquiry that is being spearheaded by House Speaker Nancy Pelosi and Chairman of the House Permanent Select Committee on Intelligence Adam Schiff.

The group has put together a team of spotlight-seeking celebrities with the supposed purpose of educating the public on the necessity for President Trump to be investigated for his suitability to continue serving in office.

In reality, the far-left organization’s current effort may be part of a much broader plan to ultimately undermine the 2020 elections and shift the outcome in the Democratic Party’s favor.

The Democratic Coalition’s co-founder Scott Dworkin told Newsweek that the celebrity component of the group’s task force will handle rapid responses to the president during the inquiry process.

The task force’s purported action plan is “to spread hashtags to streamline impeachment information, combat disinformation and reach out to Congress through letters and phone calls.”

Celebrities will reportedly engage in video conferences and conference calls with the goal of amplifying the message to a sufficient level to be able to compete with the president on Twitter.

Dworkin shared with Newsweek that, in addition to the celebrity presence, the task force will have “1,000 other members” to fill the social media with responses to the president’s posts.

The Hollywood messaging will be in the form of hashtags, keywords, and what has become the entertainment industry’s trademark style, profanity laced rants.

The celebrities named by Dworkin have all had tweets that are riddled with rage exhibiting an irrational hatred for the president and for the millions of people who support him. 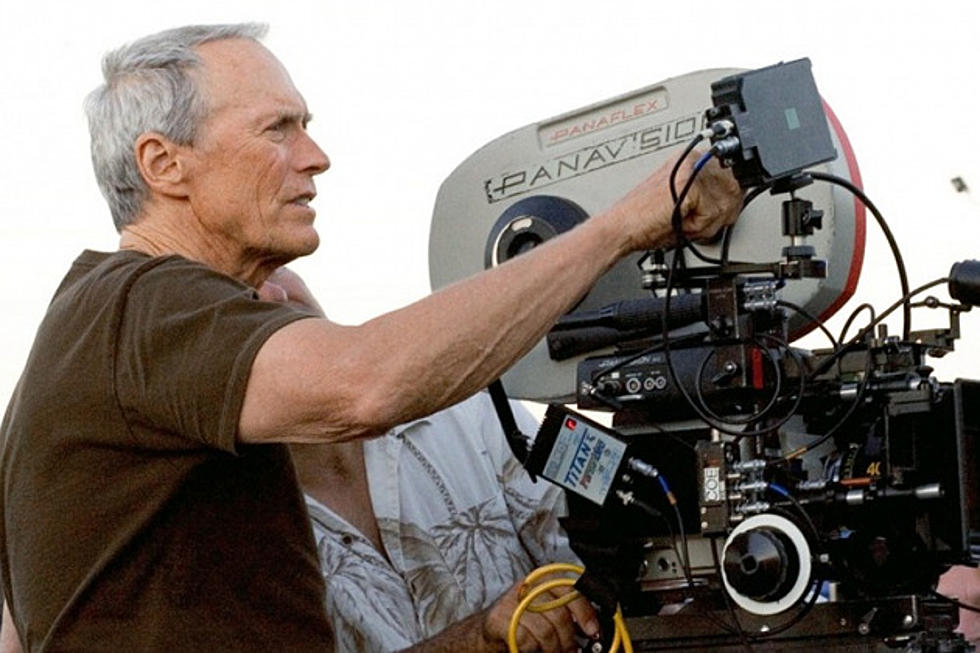 Like so many of the characters he portrays on the big screen, the Clint Eastwood of real life is an unapologetic iconoclast who refuses to conform to the politically correct ideology of Hollywood.

In deciding on the location for his latest film, Clint chose the state of Georgia, ignoring the many calls by celebrity peers to boycott the state because of its passage of life affirming “heartbeat” legislation. The legislative measure prohibits abortions after a baby’s heartbeat can be detected.

Alyssa Milano, Milla Jovovich, and Busy Philipps, among others, have spoken out against the bill. Major studios that film in Georgia, including Netflix, Disney, and AMC, have indicated that they may move their productions out of the state.

Clint refused to buy into it. His latest cinematic project, “The Ballad of Richard Jewell,” was filmed in Georgia because that happens to be where the real life events that are portrayed in the movie took place.

Jewell’s story is a case study in ethics from which today’s media could learn a great deal. During the summer Olympics in July of 1996, security guard Jewell was an actual whistleblower who alerted the Georgia Bureau of Investigation that a backpack, which was in the vicinity, contained a pipe bomb.

As a result of Jewell’s warning, numerous attendees were able to escape the impending explosion. Before the blast occurred, Jewell was able to assist law enforcement in getting many folks out of harm’s way. Sadly, the detonation of the bomb did take one person’s life and injure 111 others.

Initially, news reports portrayed Jewell in heroic terms, but the accolades would be short-lived. Three days after the tragic incident, the Atlanta Journal-Constitution published a piece titled “FBI Suspects Hero Guard May Have Planted Bomb.”

The article characterized Jewell as an individual who fit “the profile of a lone bomber.”

CNN reported on details from the Journal-Constitution article, and numerous news outlets followed suit. So-called experts described Jewell as someone who possessed the requisite psychological makeup to have perpetrated the heinous act.

The hero became the prime suspect. At a press conference called by her son’s lawyers, his mother, Barbara Jewell, pleaded with then-President Clinton to intervene and exonerate her son.

“My son has no life . . . He is a prisoner in my home,’’ the Journal-Constitution quoted the mother as saying, before she broke down in tears.

The Clinton White House refused to comment, and then-Attorney General Janet Reno refused to exonerate Jewell. He was not charged with a crime, yet his reputation was in tatters. Two victims of the bombing filed civil lawsuits against him. Finally, 90 days after the bombing, authorities cleared him. The actual bomber, Eric Rudolph, later confessed to the crime.

Following his exoneration, Jewell filed several defamation lawsuits against media outlets, which he claimed had reported in a manner that had severely harmed his reputation.

L. Lin Wood, the lead lawyer in all of Jewell’s libel cases, is the same attorney who is now representing Nick Sandmann of the Covington Catholic High School.

Of particular interest to places where journalism is taught is the case against NBC News. The lawsuit centers around the following statement, which was made by then-anchor Tom Brokaw while he was on the air: “The speculation is that the FBI is close to making the case. They probably have enough to arrest him [Jewell] right now, probably enough to prosecute him, but you always want to have enough to convict him as well. There are still some holes in this case.”

As is common in media lawsuits, NBC stood by its story; however, the network agreed to settle the matter for $500,000.

Additionally, both the New York Post and CNN settled with Jewell for undisclosed amounts.

Up until his death in 2007 (at a mere 44 years of age), Jewell was known to have regularly placed a rose at Centennial Olympic Park. He laid the flower at the site where Alice Hawthorne, the sole fatality, lost her life.

Reportedly, Jewell could never get over what an irresponsible and reckless media did to his personal reputation and his life.

The story line of the film is made to order for Eastwood’s filmmaking style. Paul Walter Hauser portrays Jewell, Sam Rockwell plays Jewell’s lawyer, and actors Kathy Bates, Olivia Wilde, and Jon Hamm are included in the cast.

After seeing an early edit of the movie, Warner Bros. was impressed enough to schedule the release date of “The Ballad of Richard Jewell” for December 13, with optimum timing for potential award nominations for the Oscar-winning director’s latest work.

As the final version of Clint’s film will hopefully underscore, it is the saddest of commentaries that 1996’s wrongheaded and biased media will be said to have had more integrity than today’s media can lay claim to.