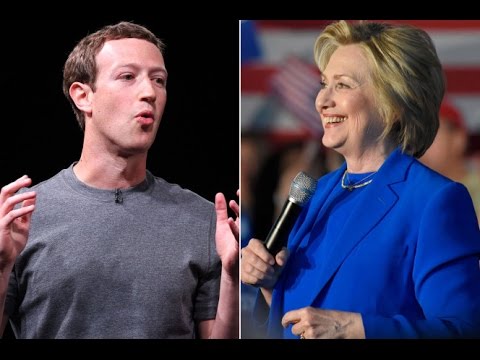 Much to the chagrin of the Democratic Party, the establishment media, and the never Trumpers, after months of investigation there has been no evidence found that would indicate there was collusion during the last presidential election cycle between Russia and the Trump campaign. Likewise there is still no proof that a single vote was changed due to supposed Russian meddling.

Still, the media continue to run with the story as they have from the beginning without having any actual credible grounds that might bolster the Russia story’s veracity.

The Robert Mueller investigation nevertheless persists, seemingly in search of some kind of crime that could possibly support the notion that the Trump campaign colluded with Russia to deprive Hillary of her presidential destiny.

Reportedly, the probe has focused on the social media, particularly the possibility that Facebook advertising sales to Russian entities may lead investigators to uncover some heretofore hidden illegalities.

The possibility that founder Mark Zuckerberg and/or other Facebook executives knew about ad purchases from Russian entities and failed to report potential illegal activities to federal authorities has placed the Facebook management directly in the crosshairs of the investigation.

The intriguing twist in this story is that the Russians that Mueller has been chasing actually used Facebook ads in late 2015 and early 2016 to promote the group Black Lives Matter, according to CNN. The advertising was specifically targeted to reach audiences in Ferguson, Missouri and Baltimore, Maryland, the places from which the racial tension emanated.

The reported objective of the Russians seems to have aligned perfectly with the Democrat Party, the Clinton campaign, and those on the political left. The Facebook ad campaign was, according to the cable news network, seeking to “amplify political discord and fuel an atmosphere of incivility and chaos.”

In a recent turn of events, though, proof of collusion managed to make its way to light. What is startling, however, is that instead of finding evidence of collusion that favored the Trump presidential effort, the proof is pointing toward collusion that actually favored Trump’s opponent, Hillary.

It also turns out that Facebook may allegedly be involved, according to a significantly credible source, WikiLeaks founder Julian Assange.

Using his Twitter account, Assange posted links to emails that were exchanged between then-Clinton campaign chairman John Podesta and Sandberg, which showed the COO promoting the Democratic presidential candidate, providing research to her, and meeting with her on multiple occasions during the campaign.

“I still want HRC to win badly,” Sandberg said in an email to Podesta. “I am still here to help as I can.”

Sandberg added, “She came over and was magical with my kids.”

Podesta expressed his gratitude to Sandberg, in a January 2, 2016 email, for her assistance to the Clinton campaign. After wishing her a Happy New Year, Podesta wrote, “2015 was challenging, but we ended in a good place thanks to your help and support. Look forward to working with you to elect the first woman President of the United States.”

Zuckerberg himself acknowledged having met with Podesta and asked the campaign head, in an August 7, 2015 email, to refer the Facebook CEO to others with whom he could communicate, presumably in order to assist Clinton with her effort to secure the White House.

“I enjoyed spending time with you yesterday and our conversation gave me a lot to think about,” Zuckerberg noted.

“Thanks for sharing your experiences with CAP [Center for American Progress] and some of the choices you made as you put the organization together. I hope it’s okay if I reach out as my thinking develops to get your ideas and reactions. If there are any other folks you think I should talk to, please let me know. Thanks again,” Zuckerberg wrote.

In an August 7, 2015 email from Facebook Vice President of Communications Elliot Schrage, the contents of the email may point to further involvement by Zuckerberg with the Clinton campaign.

“John [Podesta], I wanted to add my personal thanks, too. Mark [Zuckerberg] can be a demanding and inquisitive student, and he was both impressed and grateful for your time and candor,” Schrage wrote.

The “inquisitive student” was apparently buoyed upon hearing the left wing thoughts of progressive Podesta.

“…your ideas and perspectives really moved his thinking. I know he was focused on the kinds of structures he should put together, but now I suspect he’ll be paying more attention to the types of people he needs – policy entrepreneurs and strategists – as he thinks about next steps,” Schrage added.

“Any and all suggestions are welcome among folks you know or have worked with.” Schrage wrote.

To what kind of “structures” and “next steps” was Zuckerberg referring, and why would the Facebook head be seeking input from Podesta? Logic would dictate that the two were working together to bolster the Hillary campaign.

Mueller and company have a great deal of work ahead of them in exploring the collusion that potentially took place between the Facebook CEO, COO, and the Hillary Clinton campaign, but only if the individuals involved in the investigation are willing to do their jobs.