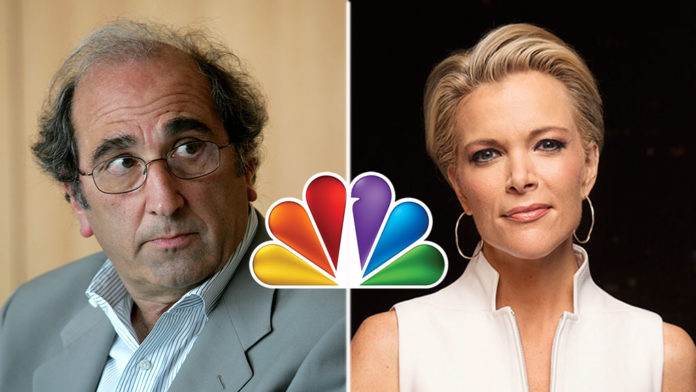 It looks like Megyn Kelly is playing hardball with the Peacock network.

Her television show “Megyn Kelly Today” was summarily canceled a short two days after a controversial episode of the show aired on NBC.

The episode in question contained an anecdote told by Kelly, which many found offensive and consequently set the social media ablaze.

“What is racist?” Kelly asked a panel. “You truly do get in trouble if you are a white person who puts on blackface at Halloween or a black person who puts on whiteface … That was OK when I was a kid, as long as you were dressing like a character.”

The social media backlash that ensued caused Kelly to be tried and convicted on the Internet of racism.

NBC personality Al Roker made it a point to weigh-in against the former Fox News anchor, saying, “The fact is while she [Kelly] apologized to the staff, she owes a bigger apology to folks of color around the country.”

Possibly believing that she could make things right, at the opening of the subsequent show Kelly offered an emotional apology and received a standing ovation from the in-studio audience. In addition to the public apology, she sent a contrite letter to her colleagues.

Various sources told several media outlets that discussions about ending Kelly’s show had taken place prior to the “blackface” remarks. Some of these sources told US Weekly that NBC management had been looking for an opportune excuse to get rid of Kelly, due to her aggressive coverage of the #MeToo movement that included segments dealing with NBC scandals.

Kelly had covered Matt Lauer and Tom Brokaw’s alleged sexual misconduct, giving NBC executives, which included Lack, a motive to want her time at the network to end.

A Lauer accuser, Addie Zinone, appeared as a guest on Kelly’s show. With regard to Brokaw, Kelly was not counted among the women who had pledged to support him after Variety and the Washington Post released reports of his alleged sexual harassment of former NBC and Fox News correspondent Linda Vester. Kelly was also vocal in her call for an independent legal investigation of Lack himself, regarding the alleged spiking of Ronan Farrow’s coverage of Harvey Weinstein.

Kelly has now signaled that she will fully engage in a legal battle with NBC as she negotiates an exit from her contract. Presently, she has left Creative Artists Agency because of a potential conflict, since the agency also represents NBC News President Noah Oppenheim. She has also hired experienced entertainment business trial lawyer Bryan Freedman, one of Hollywood’s top talent-side litigators.

Freedman shrewdly requested that Farrow sit in on the NBC meeting concerning Kelly’s departure. Kelly’s attorney is undoubtedly aware of the fact that Lack’s news division has been under scrutiny for refusing to air Farrow’s reporting on Hollywood producer Weinstein’s sexual misconduct.

Kelly’s negotiating leverage regarding her exit package appears to be enhanced since Lack, who was a major player in Kelly’s firing, is now on the hot seat.

Unfortunately for the chairman and his network, Lack has had a series of problems that have amassed under his leadership, including the following:

-During Lack’s tenure, Farrow left NBC News in the midst of his investigation of Weinstein’s sexual misconduct. The journalist claimed he “was being blocked from further reporting.”

-Lack oversaw the scandal over MSNBC personality Joy Reid’s discredited claim that before she became well known, hackers had planted homophobic slurs on her blog.

-Lack was in charge when NBC News waited almost a month before it finally revealed evidence that discredited allegations made by lawyer Michael Avenatti’s client Julie Swetnick against now-Supreme Court Justice Brett Kavanaugh.

NBC News knew that a witness, who Avenatti claimed had corroborated Swetnick’s allegations, had accused him of “twisting” her words and in essence recanted her testimony. The network has not put this particular scandal behind it, since Senate Judiciary Committee Chairman Chuck Grassley has referred both Avenatti and Swetnick to the Department of Justice for criminal investigation relating to the issuing of false statements to the Committee.

-Perhaps most importantly, Lack is the executive who is responsible for negotiating Kelly’s 3-year $69 million contract.