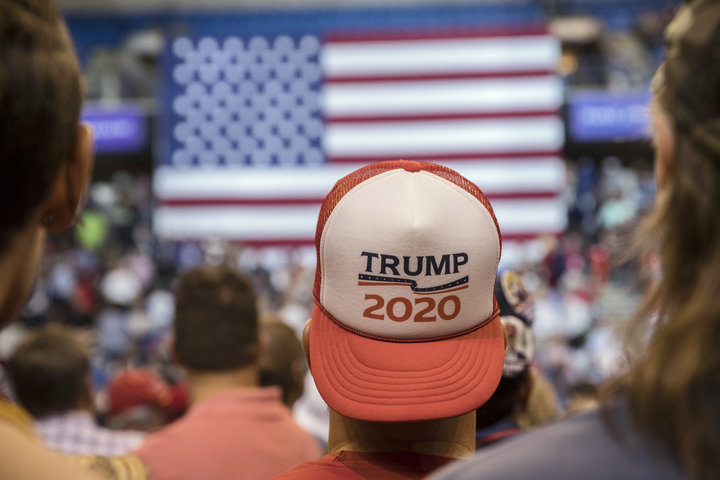 Some of the Republican rank and file may be feeling a bit punchy at the present. However, there are a lot more positives than negatives upon which to focus, and the goal in 2020 is very realistically achievable.

After loads of liberal media gloom and doom regarding the fate of the GOP, it may be a surprise for some to hear that, despite the midterm election results, Republicans are in a good position to take the White House again, retake the House of Representatives, and maintain the Senate. That is, if they are able to focus on three key elements: voter data, party unity, and strategically significant issues.

According to the hyperventilating panelists who appear on the left-leaning media news shows, President Trump and the Republican Party are in trouble. The recent court filings made by Special Counsel Robert Mueller concerning Paul Manafort and Michael Cohen have the talking heads sneering with delight at the prospect of more GOP misfortune.

The lopsided media, though, is not presenting an accurate picture of the political playing field. Since the Republican Party will lay claim to an even larger Senate majority in 2019, the likelihood of Mueller producing sufficient evidence to convince enough GOP Senators to support impeachment proceedings is highly remote. Twenty Republican Senators would have to link arms with the Democrats for President Trump to be removed from office, which is far-fetched, if not impossible.

With President Trump at the top of the ticket in 2020, the GOP will be running an incumbent for reelection, while the Democrats will have the disadvantage of an open, crowded field with a couple dozen presidential candidates who are likely to want to storm the debate stage.

In contrast with the Republicans, Democrats appear to be having serious problems with their voter data infrastructure. Following the GOP lead, the DNC leadership is attempting to combine all of the voter data from Democratic groups into a single entity. However, disagreement between the national committee and the state parties is preventing the compilation of data from materializing.

The state Democrat parties are still smarting from the unusual rules that favored Hillary Clinton to the detriment of Bernie Sanders, as former DNC interim chair Donna Brazile described in her book.

On the other hand, Republican voter data operations appear to be very strong. The voter database used by RNC and the Trump campaign in 2016 took the political world by surprise. Former Trump campaign strategist Michael Caputo does not believe that Democrats will be able to keep up with the president’s data machine. In fact, Caputo said that the Trump campaign will have a data operation in 2020 that will make the use of data in 2016 “look like child’s play.”

In the 2018 election cycle, President Trump held numerous trademark MAGA rallies in states with contested senate seats during the closing weeks of the midterms. The rallies did more than just assist Republicans in winning races. A well-honed approach to building a voter database was being implemented by the Trump campaign working together with the RNC. The two organizations have entered into a data-sharing agreement that will increase the chances of the GOP winning in 2020.

The MAGA rallies provide the perfect opportunity to sign up new potential voters for future elections.

Republicans are actually showing a greater degree of party unity than the experts had anticipated during the tenure of the Trump administration. Meanwhile the Democratic Party is fractured, with its mostly wealthy far-left wing support of candidates such as Rep. Alexandra Ocasio-Cortez (D-N.Y.), separating from the objectives and desires of the Democrats traditional working class base.

The far left-wing constituency and donor base continually drive the Democrats to focus on social issues, which tend to alienate working-class voters, the same voters who played a significant role in President Trump’s earth shaking 2016 win. With Democrat candidates supporting open borders, new legal definitions of gender, and taxpayer funding for abortion, they risk losing significant portions of their base.

The Trump campaign and the RNC need to solidify their bond with working-class voters, who are alienated by the Democrats’ left-wing pandering. Simultaneously, they need to articulate pro-family and economic ideas such as school choice, increased parental autonomy for children’s education, and real limitations on the abortion industry.

By focusing on and further refining the same factors that resulted in the 2016 victory, Republicans can enhance and utilize a better database, maintain cohesiveness, and center on resonant issues. President Trump will then be reelected by a large enough margin to bring a significant number of Republican candidates alongside him to victory.