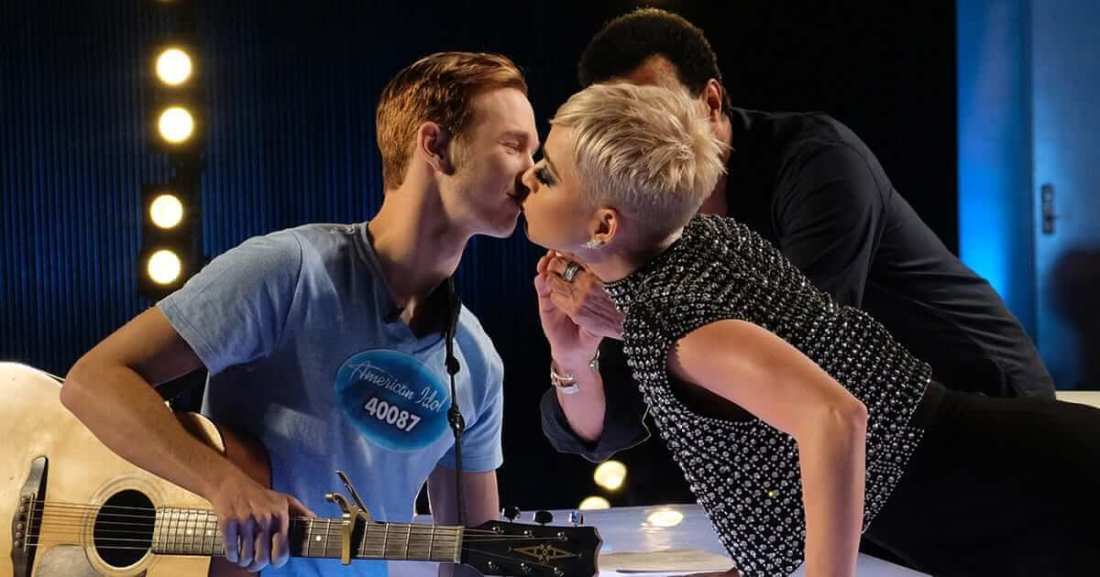 Just as our country continues to grapple with the serious issues that have been brought to light as a result of efforts on the part of individuals, groups, and movements such as #MeToo and #Time’sUp, along comes an unexpected twist to the societal plotline.

Alleged incidents involving sexual misconduct by one very famous celebrity have Hollywood once again in a social conscious quandary. Mega star Katy Perry is currently suffering through an unfortunate “life imitates art” moment related to her hit song “I Kissed a Girl.”

The lyrics of the song seem to have been a kind of foreshadowing of Perry’s current predicament.

“I got so brave, drink in hand
Lost my discretion…

I kissed a girl and I liked it…”

In a real life replay of the lyrical content, the recipient of Katy’s kiss unfortunately didn’t.

Russian journalist and television presenter Tina Kandelaki accused Perry of making non-consensual touches and other advances upon her while Perry was allegedly intoxicated; this according to the New York Post’s Page Six.

Kandelaki told a Russian newspaper that when the two were in attendance at the same private party, a “pretty tipsy” Perry chose Kandelaki “as an object for the manifestation of her passion.”

Kandelaki indicated that, due to her strength training, she had “managed to fight back…and Katy instantly found a new victim for kisses, hugs and dirty dances.”

In a separate incident, male model Josh Kloss has alleged that, while at a party in which the two were in attendance, Perry exposed to her friends Kloss’s private parts, and it was done without having had obtained his consent.

Kloss, who appeared in the 2010 music video for Perry’s song “Teenage Dream,” posted allegations on his Instagram account that Perry, during a party at which they were both gathered, had lowered his pants in front of her friends.

Kloss is evidently troubled by what he sees as a double standard with regard to Perry as a result of her gender.

“Can you imagine how pathetic and embarrassed I felt?” Kloss wrote in one of his posts.

The incident begs the question, What if Katy Perry were a man? The double standard seems to be fairly self-evident.

Men both in and out of Hollywood circles have been accused of similar behavior, and the resultant consequences, which individuals have had to endure, have been swift in arrival and unequivocal in nature.

It is obvious to many that if Perry were of the male gender, the media would have already pronounced her guilty, her accusers would have been instantly believed, her career would have abruptly ended, and she would be considered a social media pariah.

“I just say this now because our culture is set on proving [that] men of power are perverse. But females with power are just as disgusting,” Kloss wrote.

No doubt Perry has amassed a great degree of power as a result of her elevated celebrity status and Hollywood success. In contrast, a male celebrity of equal stature that engages in behavior that falls in the category of sexual harassment would be held accountable by peers, press, and the public alike.

Interestingly, this isn’t the first time that Perry has been accused of sexually inappropriate behavior. Back in 2018, when acting in her capacity as a judge on “American Idol,” Perry generated press coverage for her flagrant flirting with male contestants.

On one occasion in her tenure on the reality show, Perry delivered an on-camera kiss to 19-year-old contestant Benjamin Glaze without having obtained his consent.

What made the kiss particularly insensitive to the point of being cruel was the fact that she acted in the manner in which she did after Glaze mentioned that he had never been kissed before, and shared that he was saving that special moment for a time when he was in a relationship.

Perry essentially tricked Glaze by making him think that he was about to place a kiss on the singer’s cheek. But then Perry quickly turned her head at the last moment, and the young man was a shocked recipient of an unexpected and undesired kiss on the lips from Perry.

One can only imagine how different the reaction would have been had a male acting in Katy’s role stolen life’s first kiss from a young 19-year-old woman.

In 2017 Perry was also caught on-camera taking hold of the bottom of singer Shawn Mendes when he was still a mere teenager.

Perry at one time stated that she was not a feminist, but she later changed her mind and is now a self-described part of the feminist movement. Earlier in the year alongside Anita Hill, Perry was given a Lifetime Achievement in Feminism award by the Diane Von Furstenberg Awards.

If the above described allegations prove to be credible, hypocrisy may not be the only issue that Perry will have to face.