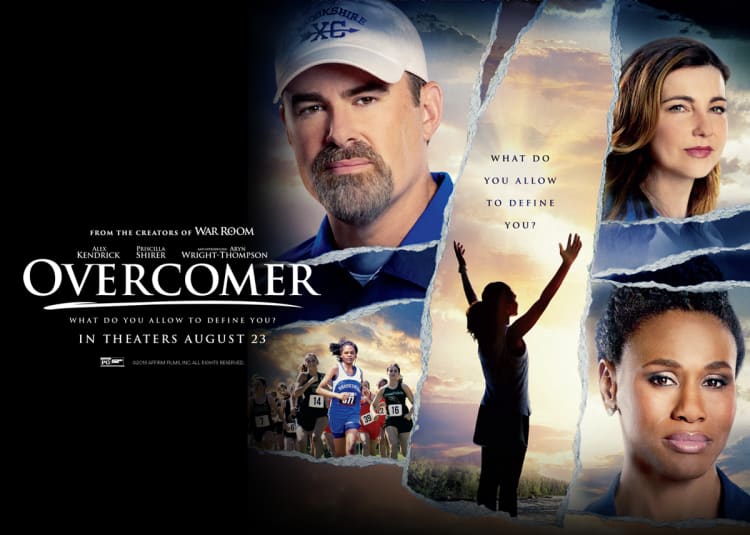 Executives at Sony Pictures and its faith-based unit Affirm are no doubt elated over the box-office performance of the big-screen release “Overcomer.”

Alex and Stephen Kendrick’s most recent film opened in 1,700 theaters this past weekend and brought in a higher than expected $8.2 million, the third largest opening for a movie from the faith-based filmmaker brothers.

The film secured a third place slot in the weekend box-office line-up, just behind the major studio releases “Angel Has Fallen” and “Good Boys.”

Surprisingly, “Overcomer” took in more than $3 million on its first day, with its best box-office showings being in theaters located in the Midwest and the South.

“Fireproof” ultimately garnered $33 million in total box-office revenue. If “Overcomer” is able to come close to reaching this figure, the profit margin will be enormous since the production cost is reportedly a modest $5 million.

“Overcomer” brings a tear-inducing tale to the big-screen, not only because there is a poignancy that underlies a portion of the story line, but also because the Kendricks have become adept at creating through their filmmaking artistry scenes that convey the universal emotions experienced on the journey from despair to hope, waywardness to redemption, and isolation to love.

High school basketball coach John Harrison, played by Alex Kendrick, is forced to deal with the loss of his team, but Principal Olivia Brooks, played by Priscilla C. Shirer, gives him a new assignment, albeit a less desirable one, that of coach of the cross-country team.

Harrison soon discovers that the cross-country “team” consists of a mere single member, a young girl named Hannah, portrayed by Aryn Wright-Thompson, who among other challenges in her life also suffers from asthma.

In getting to know Hannah, viewers come to find out that she had been told that her father, having succumbed to drug addiction years ago, left her in the care of her grandmother. Hannah has since grown to be an introverted person, yet one who has a compulsion to steal what doesn’t belong to her.

In her mind, Hannah believes that her father is dead. In reality, however, the man she will come to know as her dad lies in a hospital bed, stricken with diabetes and complete visual impairment. Coach Harrison acts as the bridge to the healing of this relationship and so much more. In ways unexpected and uplifting, a miraculous new life is in store for Hannah.

The film critic community has unfortunately panned the movie, as is often the case with faith-based fare. The movie review aggregator Rotten Tomatoes shows “Overcomer” with a paltry 38% rating. Critics predictably slammed the film, calling it “religious propagandizing,” “churchy,” and an “extended sermon.”

Another movie review aggregator Metacritic gave the film a rating of 17 out of 100, which according to the site indicates “overwhelming dislike.”

Interestingly, moviegoers have a distinctly different take. Those who viewed the film gave it a rare highest rating of “A+.” On average, two films a year earn the coveted A+ CinemaScore rating. Alex Kendrick is now the second director in history to have had three different films merit the score, the other director being Rob Reiner.

One remarkable back story to this film is worth noting. Not uncommon for believers who seek careers in the entertainment business, actor Cameron Arnett, who plays Hannah’s father, had to walk away from Hollywood in order to eventually be led back to a career in faith-based films.

Arnett was born in Port-au-Prince, Haiti, and has starred in some high-profile television series including “Star Trek: The Next Generation” and “Meet the Browns.”

Arnett’s plans were fundamentally altered, though, when just prior to signing a contract, he was asked if he would be willing to appear in a project while partially clothed.

“Hollywood told me that in order for you to be an actor, you have to do partial body nudity, and I had to choose career or Christ,” Arnett said in a Facebook Live interview with Miami pastor Diego Calderon. “And I chose Christ, but when I did, I lost everything.”

Arnett found himself alone, as in his words, “Agents left. Everybody left. Friends left. I was left behind by the world and by everything that I had.”

Years later he decided to try acting again, this time choosing projects that reflect his deeply held beliefs, all of which culminated in an injection of new life into his career.

Arnett’s path led him to portray an essential character in “Overcomer” and graced him with the opportunity to be a contributor to the film’s success.

Looking out on the Hollywood horizon, the hope is that more stories of miracles that embody truth and light await a thirsting audience.