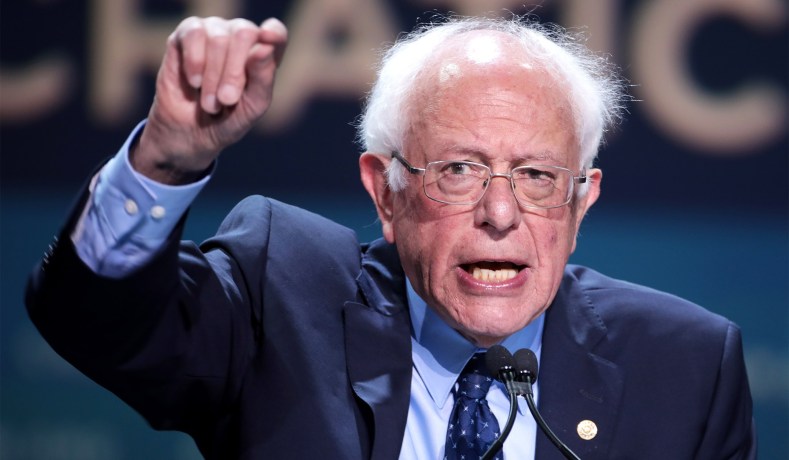 It was an eerie telling moment for Democratic presidential hopeful Bernie Sanders.

During CNN’s recent 7-hour climate change commercial, Sanders made it clear in a response to a question that if he’s the one who snags a White House seat in 2020, he will support the funding of population control measures in poverty stricken countries, measures that include the performing of abortions.

An audience member at the televised CNN event asked Sanders the following: “Human population growth has more than doubled in the past 50 years. The planet cannot sustain this growth. I realize this is a poisonous topic for politicians, but it’s crucial to face. Empowering women and educating everyone on the need to curb population growth seems a reasonable campaign to enact. Would you be courageous enough to discuss this issue and make it a key feature of a plan to address climate catastrophe?”

Sanders responded by saying, “[T]he answer has everything to do with the fact that women — in the United States of America, by the way — have a right to control their own bodies and make reproductive decisions. And the Mexico City agreement, which denies American aid to those organizations around the world that allow women to have abortions or even get involved in birth control, to me is totally absurd.”

In the above portion of his answer, Sanders appears to equate abortion with any other birth control option that is available. This stands in stark contrast to the way in which many Americans, millions of life-affirming people in other countries, and advocates of the Mexico City policy, among others, view the ending of the life of a pre-born human being.

Sanders continued with another line of ethically challenged reasoning in his response, saying, “So I think especially in poor countries around the world, where women do not necessarily want to have large numbers of babies and where they can have the opportunity through birth control to limit the number of kids they have — something I very, very strongly support.”

Essentially, after re-labeling abortion as just another birth control method, Sanders talked about reducing the number of poor people that exist, so that we can ostensibly save the planet.

The thought of promoting population control measures for a people, whether it be your own or another nation’s, is repugnant. But Sanders’ remarks reveal something even more egregious, something that should be deeply disturbing to anyone who cares about equality, God-given rights, and self-determination.

Residents of all nations, be they rich or poor, developed or still in the process, have the right to determine their own destinies, and inextricably bound to this premise is a fundamental freedom to procreate, to be the vehicle through which new life can enter this world, to enjoy all the promise that it holds here and, as many believe, on into eternity.

I believe Sanders is an aberration, as was Margaret Sanger, a like-minded figure from the past, who was very much in support of controlling certain demographics of the world’s population. Sanger was the founder of a parent organization that would eventually come to be known as Planned Parenthood.

Population reduction as a means to an end was also embraced by Sanger, a real-life purveyor of eugenics-based policies. In her 1932 speech titled “My Way to Peace,” Sanger advocated compulsory sterilization for those whom she determined to be undesirable.

“The first step would be to control the intake and output on … mental defectives …,” Sanger said.

“The second step would be to take an inventory of … illiterates, paupers, unemployables … classify them in special departments under government medical protection and segregate them on farms and open spaces.”

According to Sanger, those who were placed in government camps would be freed only if they underwent sterilization.

In an earlier 1921 speech, “The Morality of Birth Control,” Sanger spoke of the “irresponsible and reckless people” whose religious scruples “prevent their exercising control over their numbers.”

She added, “There is no doubt in the minds of all thinking people that the procreation of this group should be stopped.”

The dictates of the central planning of population to which Sanders and Sanger adhere ultimately require coercive force.

As Sanger stated, “Possibly drastic and Spartan methods may be forced upon society if it continues complacently to encourage the chance and chaotic breeding that has resulted from our stupidly cruel sentimentalism.”

Sanger’s goal was to supposedly create a world in which poverty and illness cease to exist. Sander’s goal is to supposedly rescue the planet from the ravages of man-made climate change. In both sinister proposals, neither goals nor outcomes are what they appear to be.