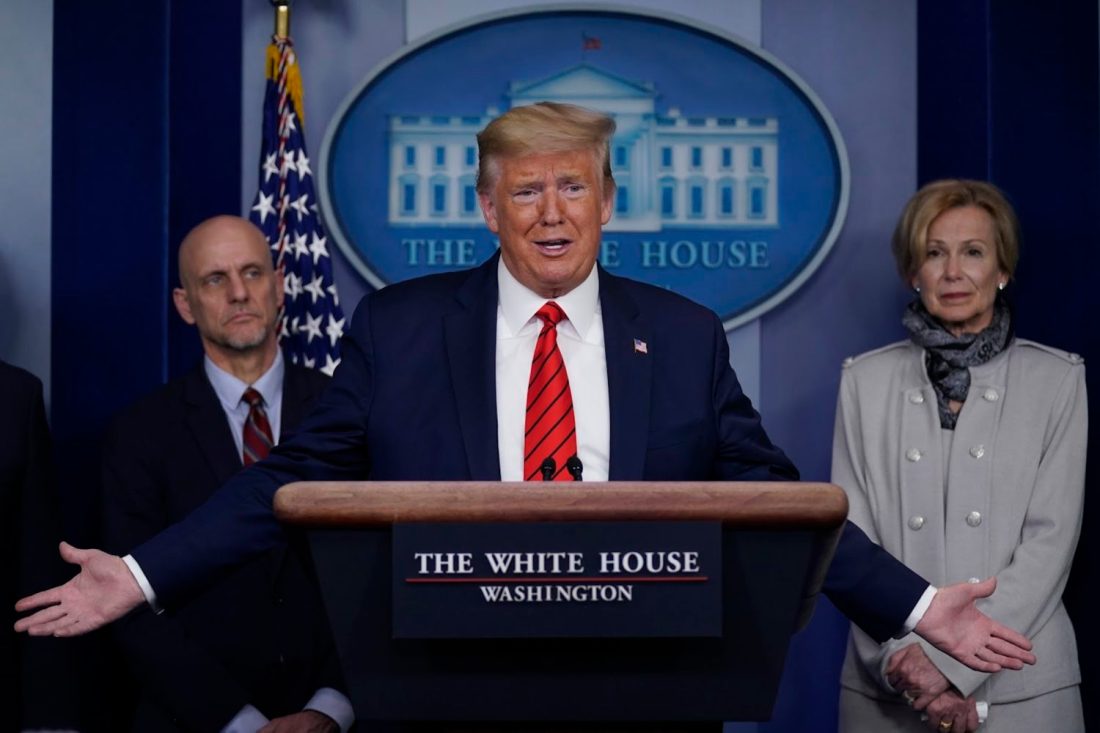 As a nation we are all sacrificing to achieve a victory over the invisible enemy. However, we have another threat to with which to deal that involves an essential part of the American fabric, gainful employment.

President Donald Trump touched upon our need for honest and productive work in a recent briefing when he spoke about the importance of restarting the U.S. economic engine.

“Let me be extremely clear about one point. We will move Heaven and Earth to safeguard our great American citizens,” the president said. “We will continue to use every power, every authority, every single resource we’ve got to keep our people healthy, safe, secure and to get this thing over with.”

“We want to finish this war. We have to get back to work.”

This is a message we have heard from the president before. Rightly so because a shut down nation is not only unsustainable but actually poses a clear and present danger to all of us. The reality is that financial health has a great deal to do with the physical and psychological well being of the nation. For those who understand the risks economic damage is posing via a self induced-economic sleep, especially President Trump, the objective of getting the economy up and running as soon as possible is paramount.

The president indicated he had hoped to open up businesses by Easter, April 12, but he made an adjustment to the original time frame, extending our national social distancing effort to the end of April on the advice of his task force members.

President Trump also said he’s “thinking about” forming a panel to examine how best to restart the country’s economy, which he called a “good idea.”

“I’m thinking about it,” President Trump said at a White House Press briefing. “I continue to say, the cure cannot be worse than the problem itself.”

The president tweeted an endorsement of a such a plan offered by Dana Perino, former press secretary to President George W. Bush, and now a commentator on Fox News, among other public figures.

She had suggested putting together a group of experts well suited to advise the president about dealing with the economic ramifications resulting from the economic shutdown created by the coronavirus pandemic.

Reopening the businesses of the country would be the focus of such a task force. As the president has emphasized the shutdown of our enterprises goes against our nature. “The U.S. economy wasn’t meant to be closed as it is…We’re not going to have separation for the rest of our time on the planet,” he said.

President Trump hinted only a couple of weeks ago that he was thinking about balancing public-health restrictions with economic concerns.

“WE CANNOT LET THE CURE BE WORSE THAN THE PROBLEM ITSELF,” he tweeted and was predictably attacked by the media and craven politicians for the idea.

It is clear that the cure has already cost millions of Americans their jobs. The leisure and hospitality sectors have been decimated.

The fact is that we can plan for our nation to go back to work and we can do it while simultaneously protecting those most likely to harmed by exposure to coronavirus infection, those immunologically compromised, those with chronic diseases, and the elderly.

Younger people without complicating medical conditions who have recovered from the virus and have demonstrable immunity could be allowed to return to work.

At an appropriate time, we also can reopen businesses with social distancing limitations and restart a significant part of our economic engine.

Retailers that have been allowed to operate because they sell groceries have already shown the way by establishing new procedures to sanitize shelves and shopping carts, and regulate the number of shoppers present in the store aisles.

A host of retail uses such as clothing, furniture, and jewelry, etc. should be allowed to innovate and reopen following the same kinds of safeguards that grocery and drug chains have implemented. If Walmart, Target, and CVS can be open during a pandemic so can a long list of other retail chains and small shops.

Two sectors that employ even more people in the nation than leisure and hospitality are manufacturing and construction.

Workers in these sectors do not normally interface with the general public and could be allowed to start again with safe operating practices and with workers practicing social distancing.

Getting factories and construction sites back online would bring back needed jobs and move the country further along the road toward a total economic restart.

Seeing these sectors open up again would remove some of the uncertainty, instill hope, and allow a significant number of Americans to engage in gainful employment, the productive pastime our people love.