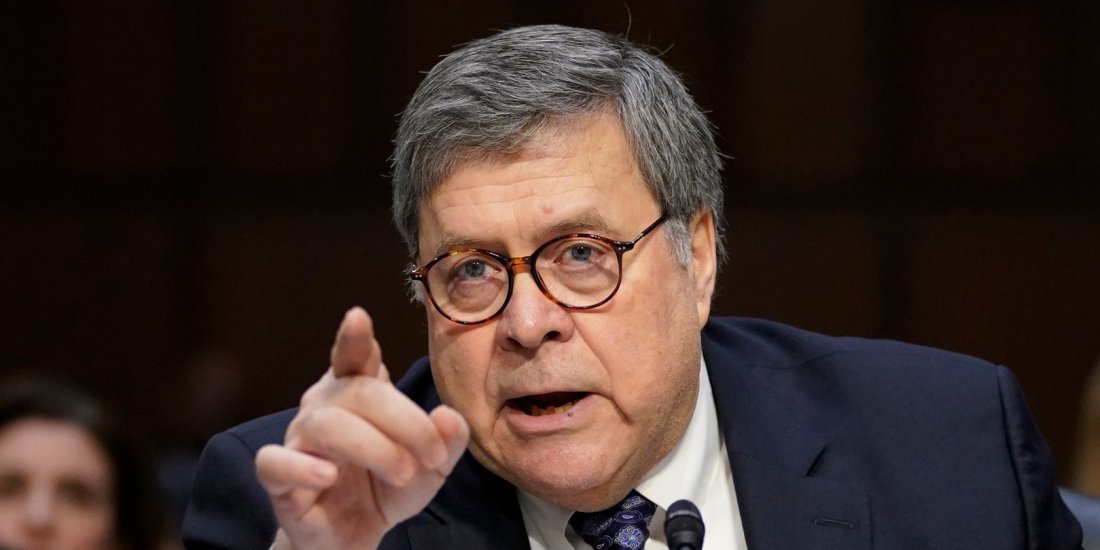 The Democratic Party and its willing allies in the mainstream media have a new target in their political sights: Attorney General William Barr.

Attorney General Barr is the latest recipient of the poisonous politics in which Democrats of the extreme partisan kind are engaging. Interestingly, what appears to be lurking in the shadows of the political drama is a kind of raw fear on the part of Democrats.

A tactic from the military handbook, known as the “preemptive strike,” involves attacking one’s enemy before the enemy has had a chance to attack first. In this manner, the opposing side’s capabilities are inhibited or eliminated.

Democrats are going on the attack against Attorney General Barr with the goal of destroying the man’s reputation. They are doing so in order to interfere with the efforts of the Department of Justice (DOJ) in unearthing potentially damaging facts relating to the government’s investigation of President Trump.

Senate Democrats know, although some feign otherwise, that the attorney general is a fair-minded and competent legal professional.

The new head of the DOJ has plainly stated that with the Mueller investigation having been completed, he intends to delve into issues that may impact the image and reputation of various public officials, including some in the previous administration. This may prove to be potentially problematic, especially for Democrat candidates who are running in upcoming elections.

Attorney General Barr has let the Senate Judiciary Committee know that he is looking into the origins of the investigation into Trump and any possible criminal leaks to the media by FBI and/or DOJ officials. Additionally, the question of whether the Christopher Steele dossier was a form of Russian disinformation will be examined.

The Steele dossier was reportedly the basis for applications submitted in order to persuade the Foreign Intelligence Surveillance Act (FISA) court to issue warrants against a Trump associate, Carter Page.

Steele was hired to create the dossier by an entity called Fusion GPS, which is an opposition research firm that was paid in part by the Clinton campaign and the Democratic National Committee, using the Perkins Coie law firm as a cutout.

The attorney general has already started probing the manner in which the counterintelligence investigation of the Trump campaign and administration was conducted. He has indicated a desire to determine the facts surrounding the alleged spying on Donald Trump before, during, and after the 2016 presidential election. He has also indicated that he will look into the numerous leaks to the press that occurred, and the origin of the Steele dossier and its use in the FISA courts.

Fear may have set into certain Democrat members of the Senate Judiciary Committee, when the attorney general informed them that he was working closely with Inspector General of the United States Department of Justice Michael Horowitz to investigate the investigators who initiated and conducted the investigation at the DOJ and FBI into so-called Trump-Russia collusion.

For more than a year Inspector General Horowitz has been looking into the process by which FISA court surveillance warrants were obtained to spy on Trump associate Carter Page. Horowitz commenced the FISA abuse probe after having received requests from then-Attorney General Jeff Sessions and members of Congress.

Attorney General Barr said, “I talked to Mike Horowitz a few weeks ago about it. It’s focused on the FISA, basis for the FISA and handling of the FISA applications. But by necessity, it looks back a little earlier than that. The people helping me with my review will be working very closely with Mr. Horowitz.”

According to Attorney General Barr, Horowitz’s report could be released at the end of June 2019, and any criminal referrals produced will be placed into the hands of the attorney general.

Democrats are no doubt aware that if the immense investigative and intelligence powers possessed by the federal government were used on American citizens without a proper predicate, the communication thereof to the public will significantly jeopardize their party’s ability to win elections and maintain power.

United States Attorney for the District of Utah John Huber has reportedly been tasked with looking into the way in which the FBI handled allegations of Hillary Clinton’s role in the sale of U.S. uranium rights to an entity known as Uranium One. He has also been charged with the responsibility of examining the way in which FISA warrants were obtained to surveil Carter Page. According to various media reports, Huber is close to submitting his findings.

Democrats realize that Huber will be reporting his findings to Attorney General Barr.

The attorney general may have caused certain Senate Democrats to experience further anxiety when he told them that more wrongdoing than previously reported may have taken place by those who were conducting a counterintelligence investigation of President Trump and other individuals connected with him.

“Many people seem to assume that the only intelligence collection that occurred was a single confidential informant and a FISA warrant. I would like to find out whether that is, in fact, true. It strikes me as a fairly anemic effort if that was the counterintelligence effort to stop the threat as it is being represented,” Attorney General Barr said.

The attorney general also indicated that he is working closely with the FBI to go where Democrats never thought he would.

With some of the spying details about to be revealed, the Democrat strategy is to preemptively undermine the credibility of the head of the DOJ, Attorney General Barr.

To this end, Sen. Mazie Hirono, D-Hawaii, was particularly outrageous in her rhetoric during Attorney General Barr’s testimony before Congress, saying, “Mr. Barr, now the American people know that you are no different from Rudy Giuliani or Kellyanne Conway or any of the other people who sacrificed their once decent reputation for the grifter and liar who sits in the Oval Office.”

Other Democrats issued demands for the attorney general’s resignation, disbarment, and/or impeachment.

When Attorney General Barr used the term “spying” in his public testimony, it sent Democrats and their mainstream media cronies into a tailspin. They subsequently showed their true colors, launching a barrage of attacks against him.

But despite their unsavory tactics, the attorney general is proving himself to be unflappable, both in his public testimony and beyond. It highly unlikely that he will be distracted by partisan politicians who in private are more than likely scared out of their wits.