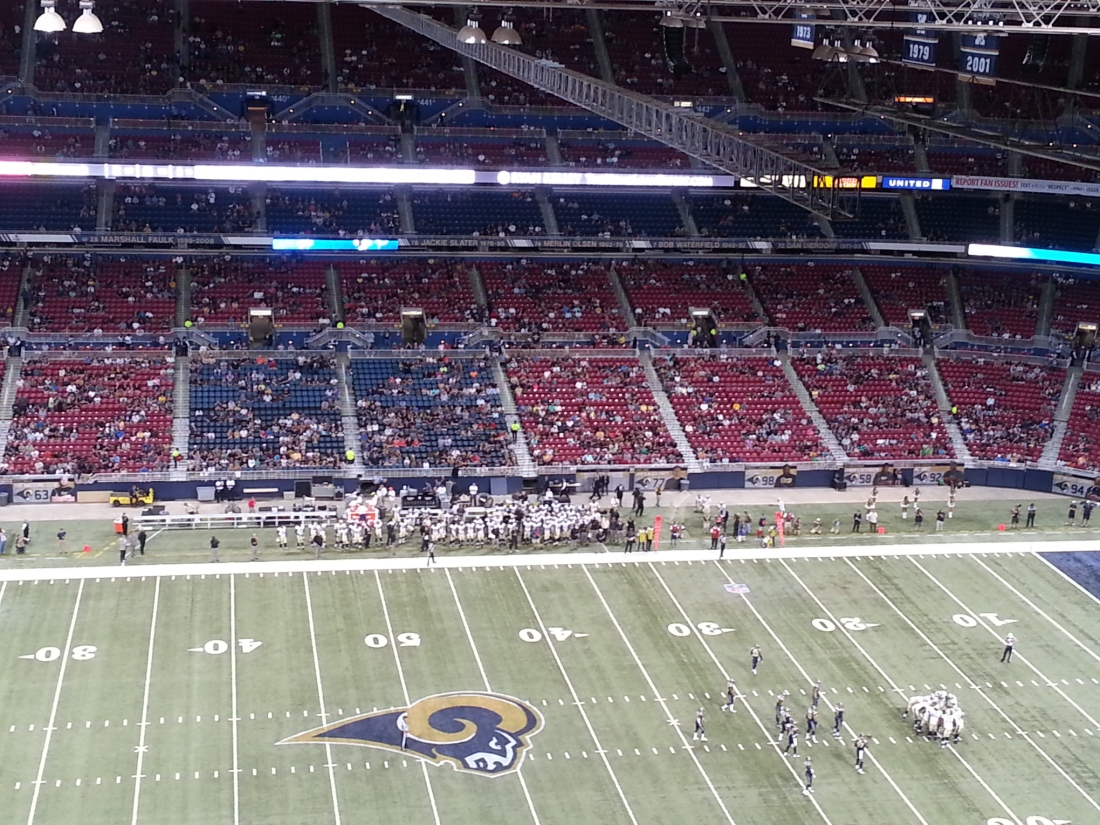 A once great institution is literally in the process of destroying itself.

For the longest time the National Football League was the top drawing sport on television. Now it looks as though it is willingly abdicating its ratings throne.

In the season just prior to the current one, 34 of the top 40 televised sports games were NFL football match-ups. Come the fall of 2017, however, the NFL’s popularity took a severe hit and so, too, did the league’s bottom line.

Regarding the current season, TV ratings have declined almost 20 percent, while the television networks have reportedly lost as much as 500 million in advertising dollars.

Millions of football fans have opted to change the channel on the TV set, cancel season tickets, and/or protest in countless other ways over the disrespect of the national anthem that has been shown by many.

The ratings downturn has been accompanied by surprisingly small stadium crowds across the country. In cities populated by die-hard sports fans, the highly unusual sight of empty seats has become commonplace.

In the sports crazed town of Chicago, a recent Bears home game played to a Soldier Field stadium in which over 16 percent of the seats were unoccupied, which meant that more than 10,000 tickets went unused.

The league’s all-important brand, which has been decades in the making, appears to have been severely marred in mere months. The NFL in large part has Colin Kaepernick to thank. The unemployed quarterback kicked off a wave of national anthem protests by football players across the league.

Last season, rather than standing during a performance of the national anthem, Kaepernick knelt down; this was in violation of the written policy of the NFL.

At a time when his career was on the wane and his playing days were coming to an end, Kaepernick managed to make himself more conspicuous than other professional football players by ignoring league policy and, more importantly, insulting the NFL’s primary consumers.

According to the league’s game operations manual, “The national anthem must be played before every NFL game, and all players must be on the sideline for the national anthem. During the national anthem, players on the field and bench area should stand at attention, face the flag, hold helmets in their left hand, and refrain from talking.”

Despite the fact that the manual’s language could not be any clearer, Kaepernick’s act of disrespect to the league and to the country was not only condoned by the media elites, among others, but it was praised.

In one of the most absurd accolades to come along in the history of publishing, as part of its “Men of the Year” edition, with the subtitle “The New American Heroes,” GQ Magazine honored the former San Francisco 49ers quarterback with its “Citizen of the Year” title.

It seems as though young athletes are the ones who have really been led astray by the heaping of praise upon the undignified behavior.

–Four high school football players in Michigan were preparing to take a knee but were benched before they could carry out their plans.

–Two Texas high school players were thrown off their team after protesting during the anthem.

–Child football players in Illinois, on a team made up of boys who were 8-years-old and younger, were joined by their coach in kneeling during the anthem.

–After football players at a New Jersey high school knelt during the anthem, two referees walked from the game in disgust. The referees were subsequently suspended for the remainder of the season while the players escaped reprimand or punishment.

Protests by professional football players have continued to harm the NFL’s bruised image. During Week 12 of the most recent season, which was played over this past weekend, Kansas City Chiefs cornerback Marcus Peters failed to come out of the locker room; Philadelphia Eagles safeties Malcolm Jenkins and Rodney McLeod raised their fists, as did Los Angeles Chargers left tackle Russell Okung; and Miami Dolphins wide receiver Kenny Stills, safety Michael Thomas, tight end Julius Thomas as well as New York Giants defensive end Olivier Vernon all knelt down while the anthem played.

NFL Commissioner Roger Goodell has come under fire for allowing the protests to grow and continue. This is the same Goodell who is reportedly demanding a $50 million salary and private jet service for life as part of his new contract. He is currently paid $30 million a year.

Dallas Cowboys owner Jerry Jones, who used to be an ardent supporter of Goodell, is now leading an insurgency against the commissioner and has declared that he will sue the NFL if Goodell’s contract extension is finalized without the approval of all team owners.

Former University of Georgia, USFL, and NFL running back Herschel Walker has placed the blame for the NFL protests squarely on Goodell.

“I absolutely think the protests are so upsetting, and I blame the commissioner,” Walker told the New York Post. “I know people are going to be angry when I say it, but he should have stopped the protests at the very beginning.”