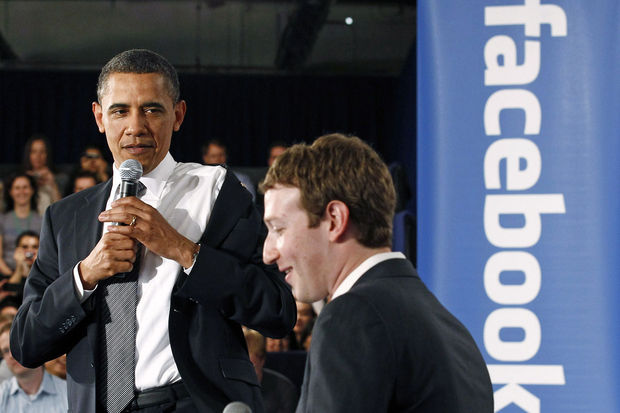 Facebook is feeling the wrath of left-wing organizations and mainstream media outlets as a result of a recently publicized data breach, which involved the unauthorized gathering of Facebook users’ data by a British consulting firm that worked for then-presidential candidate Donald J. Trump.

When it publicly became known that Cambridge Analytica, a firm that worked for the Trump campaign, harvested data from 50 million Facebook users, the news triggered intense reactions from a broad range of Democrats and others of a liberal persuasion. Curiously, there was no such similar anger expressed when former President Barack Obama’s presidential campaign was supplied Facebook data to use for political purposes.

The media quickly glommed on to the Cambridge Analytica story, using it as one more opportunity to excuse Hillary Clinton for her embarrassing presidential campaign loss.

Virtually ignored by the mainstream media, however, was and still is the manner in which the Obama campaign extensively utilized social network data in previous election cycles.

Recently, the hashtag #DeleteFacebook broke out on the social media, and a sizable number of celebrities and high-profile companies suspended their Facebook advertising and some even ceased using Facebook altogether.

–In a Facebook post, actor and comedian Will Ferrell announced that he was going to delete his Facebook account. “I’m reaching out to let you know that in 72 hours I will be deleting my Facebook account,” Ferrell wrote, indicating that he was not deleting it immediately, in order to give his message enough time to reach his fans and followers. He specifically cited, in his words, Cambridge Analytica’s “misuse of millions of Facebook users’ information in order to undermine our democracy and infringe on our citizens’ privacy.”

–British hip-hop duo Massive Attack made an exit from the social platform.

–Elon Musk deleted the Facebook pages of his companies, Tesla and SpaceX.

–Mozilla, creator of the Firefox browser, stated it would stop advertising on Facebook. The company also launched a new Firefox browser extension, which blocks Facebook’s ability to track activities on other websites that have integrated with the social network.

It appears as though the indignation expressed by liberals and the mainstream media has little to do with Facebook’s misuse of data but almost everything to do with their visceral hatred for President Trump.

Meanwhile, what appears to continually be being given a pass is a far more egregious breach of privacy.

In 2012 Facebook presented to the reelection campaign of then-President Obama the data, free of charge, of about 190 million people. This is four-times the amount of people whose privacy was breached in the Cambridge Analytica matter.

Carol Davidsen, former media director for Obama for America, publicly stated that Facebook freely allowed the 2012 Obama campaign “direct access to the personal data of Facebook users, in violation of its internal rules, making a special exception for the campaign.”

Davidsen posted on Twitter that Facebook “came to [the] office in the days following election recruiting & were very candid that they allowed us to do things they wouldn’t have allowed someone else to do because they were on our side.”

Political campaigns customarily must pay for access to the above-referenced kind of data. Under federal law, corporations cannot make contributions to federal candidates. This prohibition includes not only cash, but “anything of value.” Corporations therefore cannot provide federal candidates with free services of any type. Such free services are categorized under election law by the Federal Election Commission (FEC) as “in-kind contributions.”

In contrast, the Trump campaign does not appear to have this kind of legal exposure because it actually did pay Cambridge Analytica for its services.

Hans von Spakovsky, a former member of the FEC, contends that the data transfer by Facebook to the Obama campaign is unlawful, and could even be a matter for the Department of Justice (DOJ) to investigate.

As von Spakovsky reasoned, “It [the Facebook transfer of data to the Obama campaign] should be investigated by the Federal Election Commission and potentially the U.S. Department of Justice.”